A little while ago I had a blackout and lost power to everything running, including all my smart devices. Eventually power came back up and everything was functioning as normal, however I noticed that the kitchen LED strip was glowing blue. This was alittle strange as I knew it was off. But to check I powered it off and back on again, and it glowed blue again.

Thinking that there had been something wrong I went searching the internet to try to understand what was happening and how I might fix it.

As it turns out it is actually a more common problem then I had thought and it can effect any type of light that uses LEDs.

What is actually happening is a small amount of voltage is being recieved by inductng power from nearby sources. The LED and/or its cabling is in a position or shape where they can act as an inductor of power.

The LED driver would still be pulling constant power for the wifi signal on the chip and that induced power is lighting the LED just enough to register it being dimly lit.

This is a great video explaining the concept.

It really depends on the type of scenario. Below are a couple of ways that have worked for me but sometimes it can be experimenting to see what works best for you.

So when I initially saw this problem, one of the things I tried was going between the two different light functions in ESPHome, monochromatic and rgbw. I originally though that I had programmed it wrong. So I switched between the two modes only to realise that I had actually got it right the first time round.

What I found during the process of changing between these modes activated something in the circuitry which cuts the power and prevents this from happening. The downsides are that if the power is lost, I have to perform this process again and I have to flash two different versions of the configuration each time. Lukily we don't get two many blackouts.

So what I setup in the ESPHome configuration file is:

When loss of power occurs, comment out Config1 and enable Config2.

For me this fixes the issue, but this may not fix it for you.

This may not be possible for all things, but in the case of LED strips that have been cut in half, make sure that you have properly sheilded the RGBW channels. I believe in my scenario this could be why I am seeing the issue.

Solution 3: Move the switch/ relay closer to the device

This obviously is not the answer to everything, but in some cases positioning the relay or switch closer may be enough to help. Again, its very much a trial an error type task but having a bit of an understanding to why it might be happening is useful.

This project started in the quest to figure out if I could make an alternative to the IKEA Wireless Dimmer (E1743) with a ESP8266 or ESP32. For my proof of concept, I thought I would try to build something that could switch four different buttons and it could either be 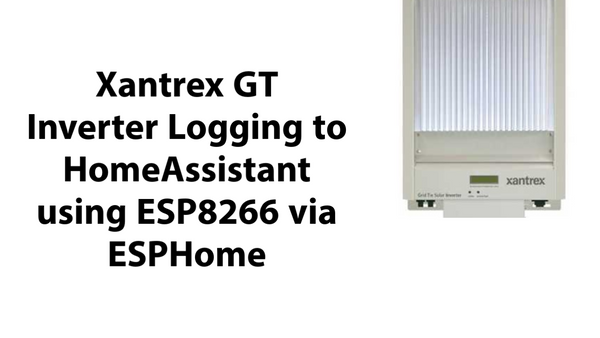 Story Time:So here is my Xantrex GT. It has been sitting on the side of my wall now since the 30th of January 2014. Here are the stats: Solar Panels 250W Solar Panels Strings 1 Inverter Size 2.8Kw PV Array Tilt 25° PV Array Orientation N Breaker Size 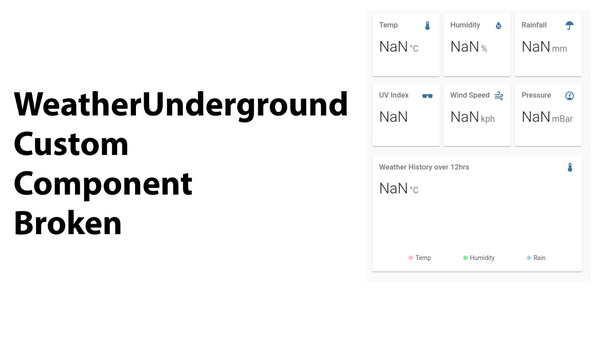 So today, I jumped onto Home Assistant to check the weather stats, and, nope broken for the first time in 2 years. This post is a deep dive into why it became broken. So checking out the github repo I noticed that there had been an upgrade to the setup.